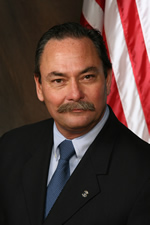 Rep. Douglas W. Gablinske, sponsor of a stiff new drunken driving law that was used for the first time this weekend in a crash that killed one Brown University student and injured another, said he is “saddened that the law had to be used at all, but pleased that the families of the victims will at least be assured some justice in the wake of this terrible tragedy.”

The new law, sponsored and championed by Representative Gablinske, now allows a police officer to request a search warrant to take a blood sample if probable cause exists to believe that an individual has been driving under the influence of alcohol or drugs, after that individual has refused a to take a breathalyzer test. The law only applies to situations where drunken drivers refuse a breathalyzer test in accidents where death or serious bodily injury results.

On early Friday morning, a 23-year-old man ran over two Brown University students walking near campus, killing one and severely injuring another. The driver was suspected to be under the influence of alcohol, and Providence police used Representative Gablinske’s new law to obtain a warrant to have the suspect’s blood drawn.

“It truly breaks my heart each time I hear about another drunken driver killing or injuring an innocent person,” said Representative Gablinske (D-Dist. 68, Bristol, Warren), whose father was killed by a drugged driver 38 years ago. “This weekend’s tragedy is yet another example of why our state has desperately needed this new law. At the very least, the victims’ families in this case will have some solace in the fact that the man who committed this unthinkable crime will be prosecuted to the fullest extent of the law- because we’ve now given law enforcement the tools to ensure that this happens.”

For years, law enforcement officials were able to request a search warrant based on probable cause from a judge to seek the blood of a person who refused a chemical test after causing an accident that resulted in death or serious bodily injury due to alleged drunken driving. In 2000, the Rhode Island Supreme Court ruled this practice unconstitutional.

However, the United States Supreme Court has upheld the legality of this type of search for 23 years and in recent years, upheld police action to forcibly withdraw blood from a drunken driver without a warrant.

Before Representative Gablinske’s new law, Rhode Island was one of the only states in the nation in which law enforcement is denied access to the best evidence of a driver’s intoxication after they have killed or maimed someone. For 5 consecutive years, Rhode Island has led the nation with the highest percentage of alcohol related traffic deaths.

Currently, 44 states allow law enforcement officers to obtain blood results in cases where a person is killed or seriously injured.