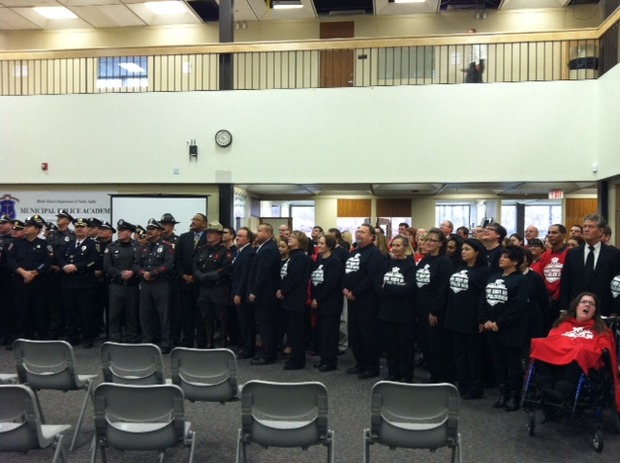 Law enforcement, state and federal officials along with community partners gathered Thursday to discuss the "365 Days of Safety Awareness Program." At far right is Tori Lynn Andreozzi, who was hit by a drunk driver in 2003.

LINCOLN, R.I. — As New Year's festivities approach, a group representing the 66 people who lost their lives in R.I. motor vehicle accidents in 2011 gathered Thursday at the Community College of Rhode Island campus to raise awareness about drunk driving.

Of those deaths, 24 were alcohol related, officials said.

Among those present: Tori Lynn Andreozzi, 22, who was hit in 2003 by a drunk driver as she walked home from West Warwick's Deering Middle School.