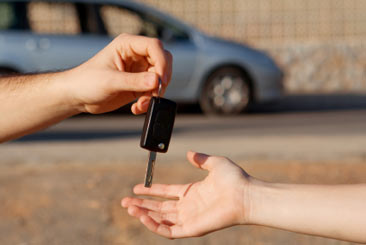 The 50 or so fidgety, flip-flop-wearing, high school students sitting in the prison visiting room were asked to be honest if they could. The question: how many of you have ever driven a car after consuming alcohol, or gotten in a car with someone who has been drinking, or know a friend or classmate who has done either? All the kids respond by raising their hands.

This is the Zero Fatalities Project, a Rhode Island Department of Corrections (RIDOC) initiative to prevent drinking and driving among the state’s youth. From April to June, RIDOC invited 1,700 high school students, parents, and community members to small, inmate-panel presentations. The inmates are all serving long sentences for DUI and reckless driving offenses. Sometimes speaking to groups of 200, the panelists talk about their crimes and the effects their poor choices have had on their lives and those of their victims’ families.

“Teens kill teens and teens kill innocent victims,” Sullivan says one Wednesday morning to a group of juniors and seniors from Coventry High School. In the last two years, 25 teens were killed on the roads in the state because of speed or alcohol. That translates to one teen a month. Sullivan has witnessed the destructive toll these cases take on so many lives.

“All of these guys [sitting on the inmate panel] have fond memories of high school,” Sullivan says. “But I am unfortunately a part of their young lives now. Don’t make me part of your high school memories.”

In Rhode Island, if someone under the influence of alcohol kills a person, the maximum sentence for the driver is 15 years. The shortest sentence on this morning’s panel of five inmates is seven to nine years; the longest is 15. The average sentence of the group is nine years.

“Sitting where you are today, you have all the power in the world right now,” a young inmate tells the group. “It might not feel like it, but you do, and you should realize that and not make the decisions I did.”

As the inmates, two women and three men, take turns telling their stories, it becomes clear that at one time they had a lot in common with the young individuals sitting just a few feet away. Two of the panelists even went to Coventry High School. One was a student when her accident happened.

“Listen to your parents,” she says. “They love you and care about you and are trying to protect you. They have your best interests at heart.”

Most of the panel are in their early twenties, chosen for their age so they might make a connection with their mostly high school-age audiences.

“You have the opportunity to learn from other people’s bad choices,” one panelist says.

“I saw friends die in drunk-driving accidents in high school, and that didn’t stop me,” another panelist adds.

Zero Fatalities also offers a view from the other side of these terrible tragedies. After the inmates speak, Cathy Andreozzi, the mother of a victim of a drunk-driving accident, slowly takes to the podium to tell her story.

Andreozzi’s 12-year-old daughter was walking down the side of the road in the middle of the day when she was struck by a drunk driver, leaving her with devastating physical injuries and a traumatic brain injury. She can no longer speak, eat, or care for herself.

“Life as you know it can change in a moment and there is no warning,” Andreozzi says. “When you think about your lives so far, you’ve had all your choices made for you. As you get older, you start to make choices for yourself. But these young people in jail have reverted to having their choices made for them. This is not the way it’s supposed to be, but it’s because of one bad choice. I will never give up hope that the future doesn’t have to be the same for other people.”

“I’m not here to scare you, I’m here to tell you the truth,” Sullivan says to his young audience.

An important part of that truth is that young people are empowered to make the right decisions to save their and others’ lives. As the high school students file out at the end of the program, the panel, sponsors and victims hope they’ve relayed that well enough so these kids won’t have to return to tell their own tragic story.